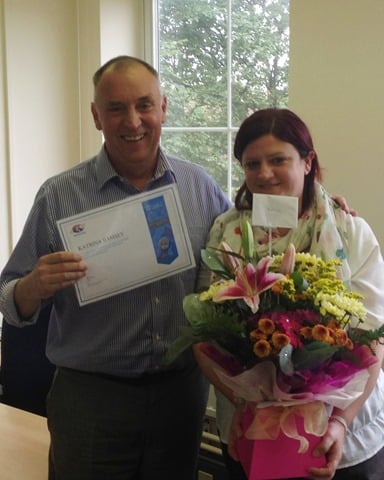 We were delighted to receive a letter recently from Denbighshire Council praising the actions of a Kingdom employee. The letter read as follows:

“I would like to recommend Katrina Bamsey for a commendation for the following reasons.

On the 12th August 2013 Katrina Bamsey was walking into the town centre of Rhyl, Denbigshire when she saw a member of the public stepping out into moving traffic.

The incident took place on a busy road with numerous vehicles and holiday traffic. The member of the public was clearly dazed and confused and Katrina Bamsey had real concerns for the persons mental health and welfare.

As she approached the person the member of the public stepped out into the front of a bus. Without concern for her safety Katrina stepped into the road and pulled the person clear of the bus narrowly avoiding a potentially fatal accident.

Katrina then contacted the police to request immediate assistance. She continued to follow the person stopping traffic when required to do so to prevent any further incidents.

When the Police arrived it is believed they detained the person under section 136 of the mental health act. The person concerned stated they wanted to take their own life.

I feel that Katrina acted very bravely with little regard for her own safety putting the needs of another person before hers”.

Katrina is pictured receiving a bunch of flowers and a certificate.