Kingdom cracking down on environmental crime in Knowsley 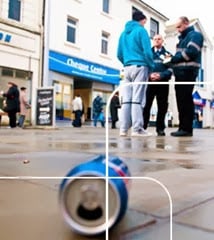 Knowsley Council has published a press release announcing that 4,000 fixed penalty notices have been issued in a crackdown on littering and dog fouling in the borough.

Kingdom has been working with Knowsley Council over the last 15 months, with our environmental protection officers patrolling the borough and helping to keep it clean. In what Knowsley Council described as “a tough crackdown on environmental crimes”, our officers have been issuing £75 fines to people caught littering or failing to clean up after their dogs.

The work Kingdom do was praised by Knowsley Council’s Cabinet Member for Corporate and Customer Services, Cllr Andy Moorhead, who said: “Issuing this number of fixed penalty notices demonstrates our commitment to keeping the borough clean and tidy for the benefit of our residents.

“We have taken a tough stance on people who show no consideration for others when they drop litter or fail to clean up after their dogs.

“We have received a great deal of support from residents in this crackdown because we know that littering and dog fouling had been a real concern to them. We have also been contacted by other local authorities who want to follow our lead on this issue.

“I believe we are starting to see positive changes in people’s behaviour. That, in turn, will help us to keep the borough cleaner and reduce the £1.9m we currently spend cleaning our streets each year.”

The press release was the basis for an article in the Liverpool Echo.