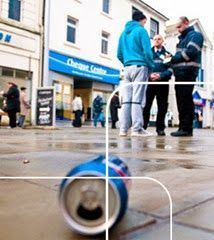 Kingdom is proud to report that a county in Wales, which they provide Environmental Protection services for, has been found to have the cleanest streets in the principality.

According to Keep Wales Tidy, the county of Denbighshire has the cleanest streets in all of Wales. They surveyed the cleanliness of streets are across all the Welsh counties, taking into account problems with litter and other environmental issues. 100% of the streets surveyed in Denbighshire were awarded Grade B or above. This means that all of the streets had a high or acceptable standard of cleanliness. To put this in context, Denbighshire was the only authority in Wales which had all of its streets surveyed reach such a high standard.

The Keep Wales Tidy survey also showed Denbighshire as being the only county in Wales to have seen a continuous increase in its cleanliness indicators, rising from 66.7 in 2008/09 to 71.7 in 2012/13 -  the highest in Wales. Results also showed that Denbighshire has the lowest percentage of graffiti, vandalism and fly-posting in the whole of Wales, has amongst the lowest percentage for pedestrian, business, domestic, construction and animal faeces litter in Wales, and has the second lowest percentage of dog fouling in Wales.

Commenting on the news, Denbighshire County Council’s Cabinet Leader Member for Environment, Councillor David Smith, said: “Providing cleaner streets for residents and visitors to Denbighshire is one of the Council's key priorities and it seems that all the hard work is paying dividends. We have teams of staff out and about cleaning our streets, as well as dealing with environmental crimes and we are regularly publicising our initiatives to make out streets cleaner. We are extremely pleased that our campaigns such as our anti dog-fouling initiatives are making progress and that people's behaviour is changing.”

Kingdom has been tackling litter, dog fouling and dog control orders in Denbighshire since November 2012, and they have recently had their contract renewed for another 12 months – a great endorsement of the work they have been carrying out for the past 16 months. They also support the council’s licensing department.

Graham Boase, Head of Planning and Public Protection Services at Denbighshire County Council, said: “Our decision to employ Kingdom (previously XFOR) and to take a zero tolerance approach to environmental crime (particularly littering and dog fouling) has no doubt had a significant impact on the desired "outcome". I remain convinced it was the right thing to do to secure a dedicated front line enforcement team to address the problem.  The arrangements have been cost neutral in actual terms, but in budgetary terms we have a surplus over and above costs.  Any realised surplus will be invested in front line community safety enforcement activities, to further improve our performance”.