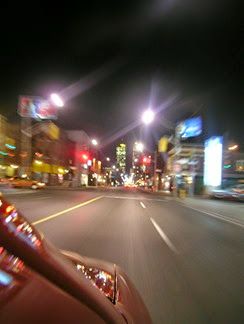 If an alarm is activated at your business premises outside of normal office hours, chances are that it falls to a designated member of staff, such as the office manager or operations manager, to respond to it.

What does this entail? Potentially it means a member of staff being woken from their sleep in the middle of the night, having to get out of bed, get dressed and make the journey to work. This might be just a walk around the corner, or alternatively it might be a half an hour drive in the car. If it is, for example, 2am, and they have had to jump out of bed, throw on some clothes, jump in the car and drive to work, they probably won’t be at their most alert, and so potentially it might not be safe for them to be driving.

After making the journey to work, they might be at risk from people around the business premises. Whilst an area might be safe during the day, it might not be as safe in the early hours of a Saturday or Sunday morning, when lots of people have been drinking, or at night in general when you don’t know who might be walking the streets around your business. The most dangerous part of this alarm response might not be at the premises themselves; it might be the journey there.

When an alarm response is required, nobody knows what the person responding will encounter when they get to the premises. This leaves that person incredibly vulnerable to what they might find. It could be a fire, a theft, flooding, squatters, vandalism or something else. What would the employee do if they encountered any of these scenarios?

Whatever happens, it is clear that if your alarm response policy is for an employee to attend your business premises, they are being put at risk, and potentially a life threatening risk. You therefore need to consider health & safety law, and in particular the Corporate Manslaughter and Corporate Homicide Act 2007, and the Health and Safety at Work Act 1974.

The Health and Safety at Work Act 1974 is the primary piece of legislation covering occupational health and safety in Great Britain. Section 2 of the act states that “It shall be the duty of every employer to ensure, so far as is reasonably practicable, the health, safety and welfare at work of all his employees”.

Furthermore, the Corporate Manslaughter and Corporate Homicide Act of 2007 means that it is now an offence if the way in which an organisation’s activities are managed or organised causes a person’s death and amounts to a gross breach of a relevant duty of care owed by the organisation to the deceased. Previously, a company could only be convicted of manslaughter if every single element of the offence has been committed by one single employee of a company who embodied the mind of the corporation. Now, if the way in which the corporation’s activities are managed or organised by senior management are a substantial element of the gross breach it is enough to lead to a conviction.

It could, of course, just be a spider walking across a censor or even the wind, so your employee would be fine, but you don’t know until they get there. If it was, it would mean that the employee will have gone to all of that inconvenience and risk for no reason. Regardless of what they find when they get there, it means a lot of trouble for an employee and a night of disturbed sleep, which might make them tired and unproductive the next day.

A safer alternative which doesn’t involve risk to employees is to get a professional key holding and alarm response company to look after your business premises, responding to any incidents on your behalf with the right equipment and knowledge, so that you and your employees can sleep soundly in your beds without fear of risk and liability.

For more information about threats to your business outside of working hours, click here.