First prosecutions for spitting in Enfield 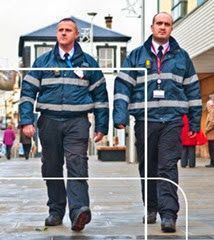 Back in January, we reported that the north London Borough of Enfield had passed a by-law at the end of 2013 which made spitting in a public place illegal, and that the Kingdom Environmental Protection team had received legislative training to become the spearhead for the local authority to enforce in respect of this offence.

The by-law came in to effect in December 2013, and it was announced that people who are caught spitting in public in Enfield will face prosecution and fines of up to £500. Enfield Borough Council became the first council in the country to ban the act since a nationwide ban was dropped in 1990, following a petition calling for a ban which was signed by nearly 5,000 people.

It is now six months on and three people have been prosecuted for spitting for the first time in more than 20 years. Iqbal Chowdhury, 29, of St James Road, in Edmonton, and Dawid Patrycjusz Toczek, 29, of Winchester Road, in Edmonton, both pleaded guilty to the offence and were fined £90. Tyrone Obanishola, 18, of Volta Close, in Edmonton, was found guilty after the case was proved in his absence and ordered to pay a £160 fine, a £20 victim surcharge and £100 costs. The trio were sentenced at Tottenham Magistrates Court on Thursday, May 22nd. The story was frontpage news in the local newspaper, the Enfield Independent on the 28th May.

Enfield Council’s cabinet member for environment, Councillor Chris Bond, said: “This news demonstrates our commitment to stamping out spitting once and for all. The message is simple if you spit in Enfield we’ll prosecute you, it is a truly disgusting habit and one that we absolutely will not tolerate in this borough.”

Enfield Council’s cabinet member for finance and property, Councillor Andrew Stafford, said: “This result is the culmination of years of work. We are not prepared to allow people to drench our pavements with spit and we will continue to pursue and prosecute people who engage in this disgusting habit.”

To read more about Kingdom’s Environmental Protection services, click here to visit our website, and here to read our online brochure.