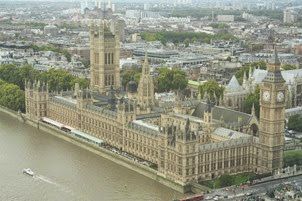 London businesses, residents and anyone travelling to London should note that the ‘People’s Assembly Network’ are organising a march against austerity under the title ‘Demand the Alternative’ tomorrow, Saturday 21st June 2014. The group wish to campaign against the current government’s austerity measures.

At the end of the march a free event is planned with live entertainment. A number of high profile individuals have been arranged to attend and speak at the live festival including the celebrity Russell Brand and some members of parliament. It is estimated that 5,000 - 10,000 individuals will attend, however this may be impacted by publicity and the weather.

Key points about the demo are as follows:

• The demo will form and start at BBC HQ in Portland Place at 1pm and conclude at Parliament square.

• The event is organised by the People’s Assembly Network.

• There is no specific intelligence at present to suggest any disorder or particular targets.

• A number of high profile individuals are due to attend the event and deliver key note speeches.

• There is a proportionate policing plan and a stewarding plan in place for this event.

• There will be Police Liaison Officers on duty throughout the day linking in and engaging with the demonstrators.

• There are two parallel events occurring near the vicinity of the march. These are the Protest march in defence of human rights in Venezuela and "West End Live" on Trafalgar Square.

Please click the following link for information in the event of a protest in or near your building: http://www.vocal.co.uk/cssc/protest-in-business-premises/

Protest and vigil taking place in London this evening

Kingdom has been notified that a planned protest and vigil about the actions of Israel in Gaza will...

The Stop The War & Palestine Solidarity Campaign (PSC) demonstration regarding the actions of...

Kingdom is very proud of the achievements of employee Amy Gunther, who provides reception and...