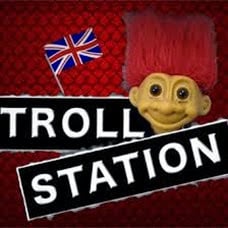 It has been brought to our attention that a group of people who perform numerous stunts on the unsuspecting public and emergency services have been active all over central London in recent weeks.

The antics of Troll Station UK have included placing large packages at busy restaurants and running away, causing customers to run away fearing it to be an IED. They have also chased members of the public with a petrol can and blow torch.

They film their stunts and then upload the footage to Youtube and Google+ accounts. A recent example was when they uploaded footage showing somebody pouring liquid from a petrol can over themselves in a variety of retail outlets and threatening to set themselves on fire.

It is understandable that this may confuse and cause alarm to employees and members of the public, and the best advice is to treat each incident as though it’s a real and imminent threat.

People have been asked to contact the police on 101 if they have any information, and to call the police on 999 if they sight this group performing a stunt.

Kingdom is one of the UK’s largest privately owned security company, specialising in risk, loss and the protection of property, people and brand. To read more about Kingdom’s security services, click here.

Kingdom has been made aware of an increase in businesses being targeted for delivery theft in...