Kingdom is delighted to have opened a new office in Cardiff recently as the company has continued to grow and offer new services.

Kingdom’s new regional office in Cardiff replaces their old office. This is due to Kingdom’s ongoing dramatic growth in Wales, where they provide security services to a wide range of businesses and individuals.

A further recent example of Kingdom’s growth across Wales was their recent unveiling of a new Welsh language sign which is being displayed alongside English signs at all of the sites that Kingdom provides security services to in Wales. This was part of Kingdom’s ongoing and continuous engagement with local communities. Kingdom’s new Welsh regional office is located at: 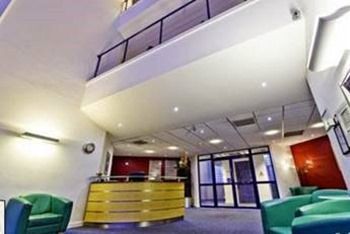 As part of the recent growth and expansion of Kingdom, the company has also recently opened a new office in Sheffield, and has had to expand their National Support Centre in St Helens.

Established in 1993 and operating nationally, commercial and service strength supported with organic and acquisition growth has seen Kingdom become one of the largest privately owned companies in the UK within their areas of service expertise.

Commercially strong, Kingdom has a strategy to continually grow and strengthen by expanding their services and offering a complete support service to their customers. Kingdom has all the power of a national organisation you would expect, but they support their service provision from their network of regional support offices.